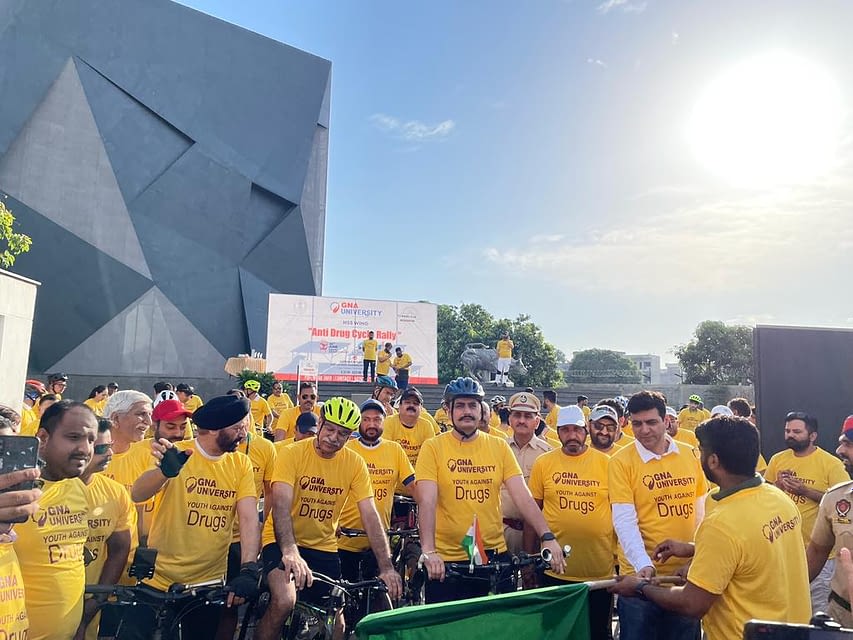 GNA University is known for its remarkable contribution towards quality education .It’s also known for its work towards society and keeping the head high again GNA University NSS wing in the collaboration with District Administration & Fit Bikers club Hoshiarpur organised an “Anti Drug Cycle Rally” at Hoshiarpur City on 19 June 2022 .The main motto of this Drug Rally is to spread awareness for people to abolish the evil called Drug.

In this Rally near around 268 participants participated and paddled up the event with one motto to “SAY NO TO DRUGS”. The participants for the campaign was fitness freaks, Cyclists and many more who cycled all over the city. This rally covered 15 Kms hoshiarpur city and also covered 25 spots.  During the event the cyclists raised the slogans as well spread the awareness for one an all who are dealing with the problem of drugs’ and its causes.

The campaign was a grand success as the message reached out to the people who are dealing with the problem of drugs. On the success of the Campaign the Pro Chancellor S.Gurdeep Singh Sihra of GNA university said let us take the an oath to make Punjab free from drugs and promise that our state is going to touch the newer heights of improvement.