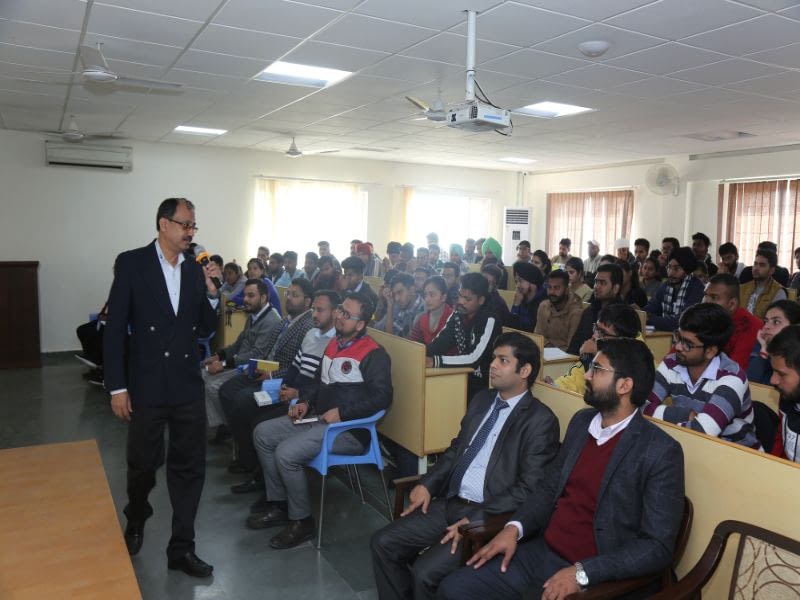 The workshop was divided into 10 sessions. During these sessions the speaker  rendered an in-depth about Dimensions and Drawings and also discussed about size Tolerances with the help of visual aids & industrial problems. Students were also taught about what degree of accuracy and precision is needed on each controlled feature of parts and how to define the allowable variation in form and possible size of individual features, and allowable variation between features. The training also  provided a thorough understanding and working knowledge of the Geometric Dimensioning & Tolerancing (GD&T) which is used in engineering drawings and solid models for describing nominal geometry and its allowable tolerances in product design, manufacturing, assemblies and inspections. They shared his views in-depth according to the future industries.

The Vice- Chancellor, Dr. V.K Rattan inaugurated the workshop and in his address expressed, “Such workshops will help the students to gain knowledge about the basic rules, definitions and concepts of geometric tolerancing.”  Mr C.R.Tripathy, Dean Faculty of Design and Innovation stated, “The workshops have given an introduction to geometric dimensioning and tolerancing and its impact on the manufacturing process.” He was surprised by such type of industrial based student in the University. At the end of the workshop, certificates were awarded to all the students who attended the workshop. The Pro-Chancellor, S. Gurdeep Singh congratulated Team Faculty of Design & Automation and said, “Giving such type of industrial oriented programs for the students is like preparing them for the near future for continuously providing latest technologies to the budding engineers which will help them in future to achieve their desired goals.”

Scope of Electrical Engineering in India

Workshop On Entrepreneurial Opportunities Of Baking & Pastry In Hospitality Industry

JOURNEY FROM A HOUSEWIFE TO A CORPORATE QUEEN WITH MS. RAJNI BECTOR